The land of unending discoveries 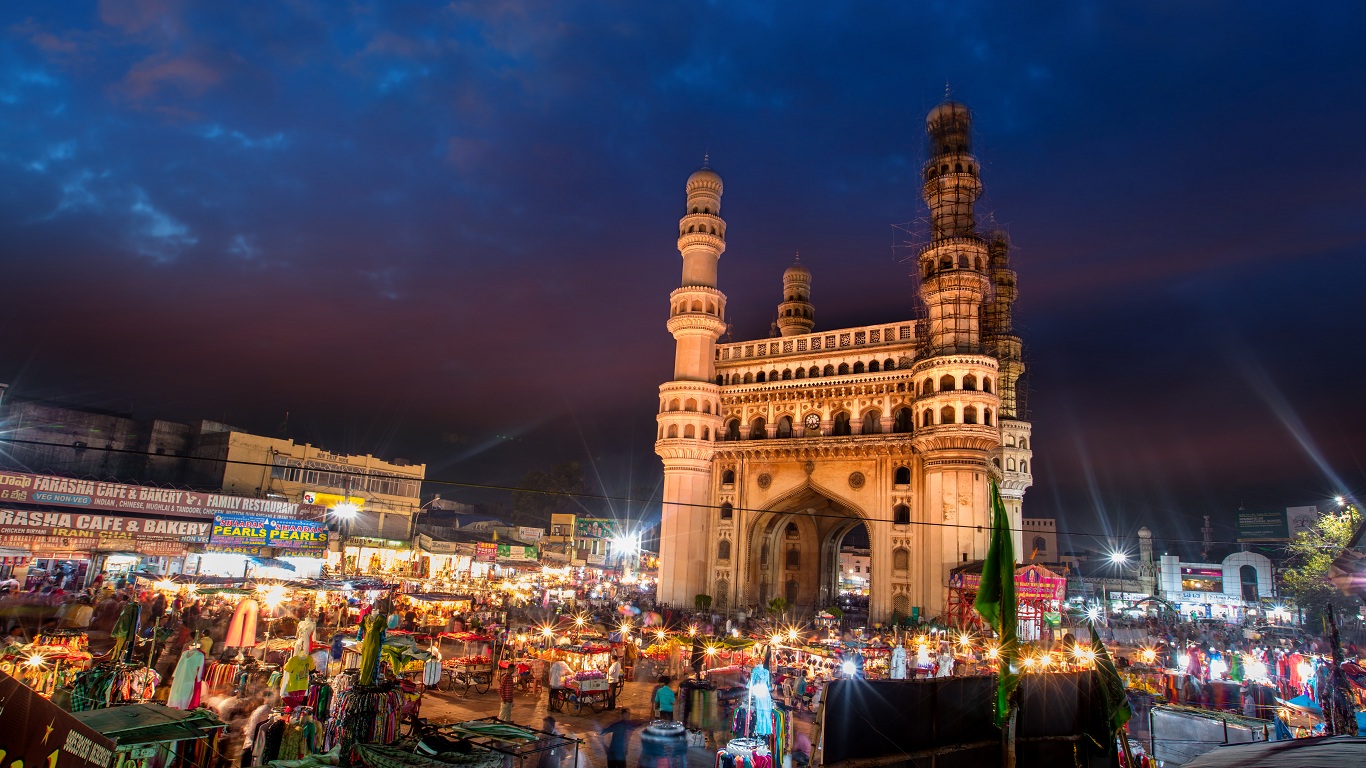 The first tourist attraction that comes to mind when you think of Hyderabad is Charminar, which is located in the heart of the city. Mohammed Quli Qutub Shah constructed this monument in the year 1591.

The architecture of Charminar reflects Cazia style. The idea behind constructing the monument was to ward off deadly epidemic, which claimed many lives during that period. The four minarets are 48.7 meter tall. There is a mosque and 45 prayer spaces inside Charminar. Do not get discouraged by the crowd there if you want to have a feel of the old city and its culture. The shopping area around the monument offers products for cheap rates. A place you cannot afford to miss during your tour of Hyderabad. The name Golconda finds its root in “Golla Konda”, which means Shepherd’s Hill. The fort was originally constructed during the period of Yadava Dynasty and later it was under the control of many other dynasties namely Kakatiya Dynasty, Bahmani Dynasty from whom it went into the control of Qutb Shahis and later Mughal Dynasty.

The Golconda fort dates back to 13th century. The acoustics effects are excellent in the fort. If you clap your hands at Fateh Darwaza, the sound can be clearly heard at Bala Hissar, which is located a kilometer away. The royal palaces and whispering walls are some of its main attractions. 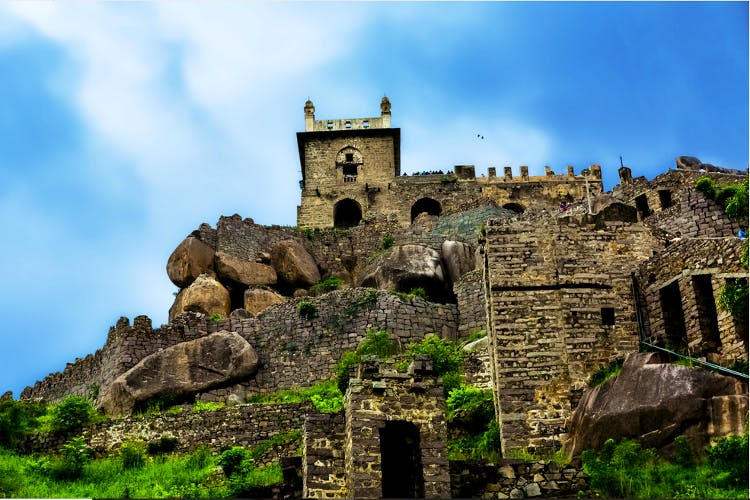 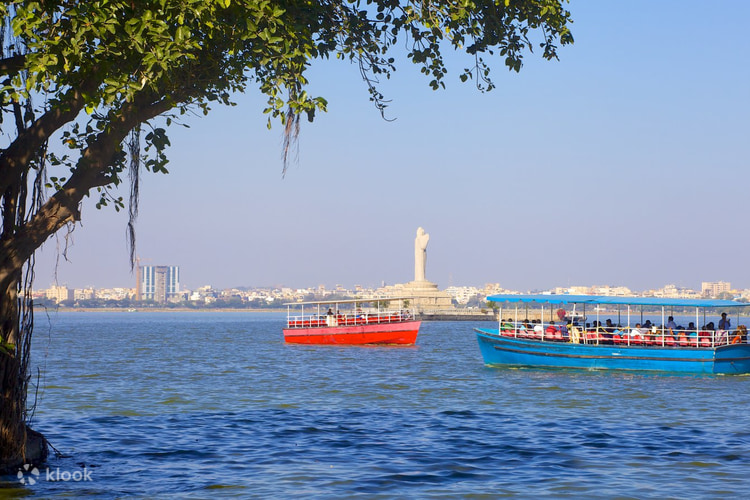 Yet another popular tourist spot in Hyderabad is Asia’s largest artificial lake named Hussain Sagar Lake. It connects Hyderabad and Secunderabad, called the twin cities. It was excavated during the period of Ibrahim Quli Qutub Shah in 1562 AD.

The statue of Buddha in the middle of the lake is 16 meters tall. Boating facilities are available here. You could take part in watersports namely boating, skiing, cruising and para sailing. Apart from Hussain Sagar Lake, even the surroundings offer entertainment as you can find NTR Gardens, Sanjeevaiah Park, Lumbini Park and so on. 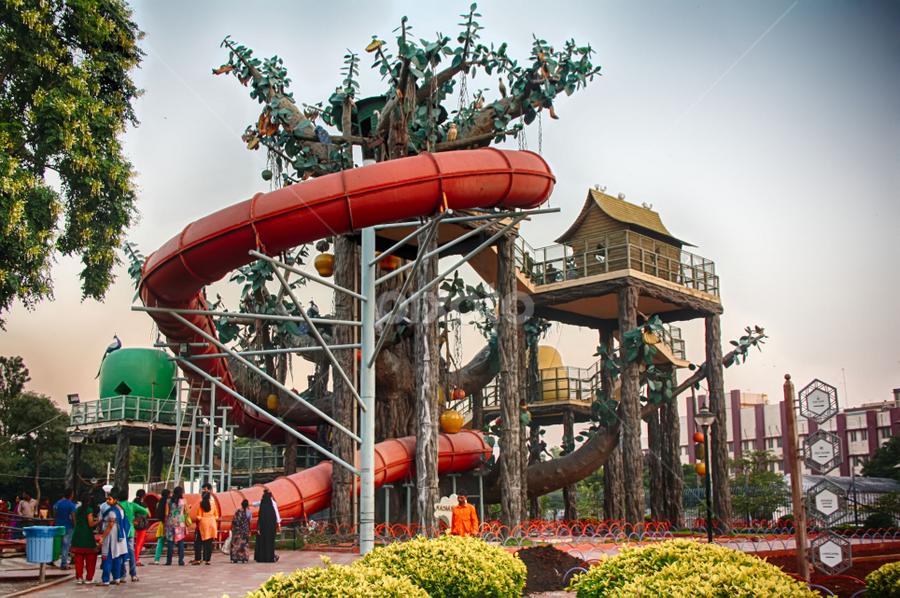 Built in the memory of late Shri N T Rama Rao, former and one of the most popular chief ministers of Andhra Pradesh, NTR Memorial Gardens are one of the famous sightseeing places of Hyderabad.

Spread across an area of 36 acres, NTR Gardens present a soothing atmosphere and refreshing setting to spend some time. The garden has been built with an approximate cost of Rs. 40 crore. It was in 2002, when the NTR garden of Hyderabad was opened to the public. Ramoji Film City has the Guinness Book Record of being the world’s largest film studio. The lavish gardens and open spaces have been featured in many Indian films, the most recent example being Bahubali, which was shot extensively here.

A tour of this film city is an experience on its own and therefore, Ramoji Film City is one of Hyderabad’s main attraction. 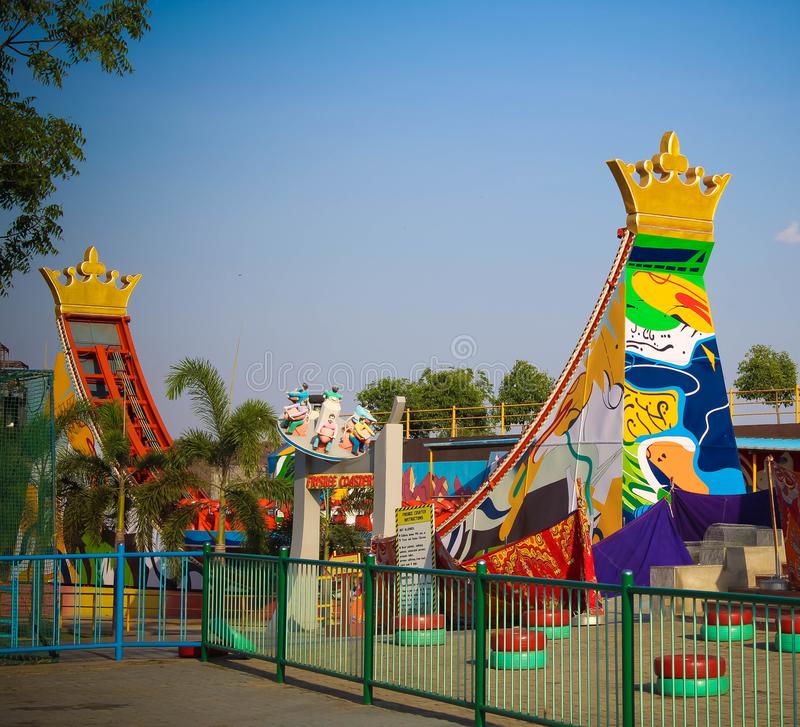 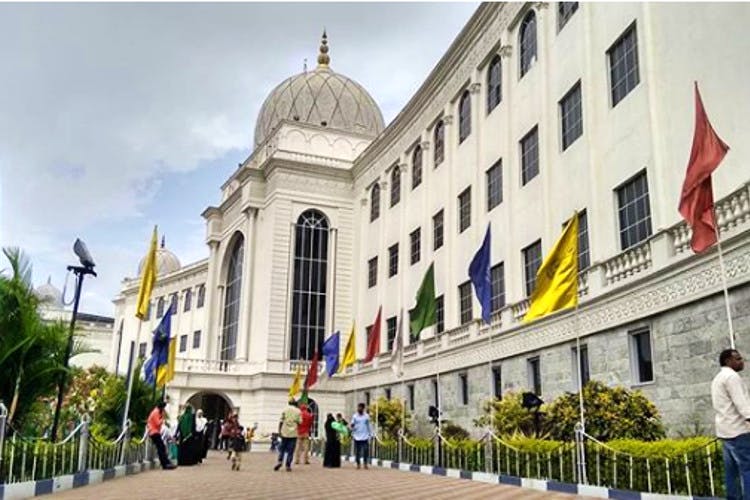 Salarjung Museum was founded in the year 1951. The museum has stunning collections and most of them were from Mir Yousuf Ali Khan, famously called as Salar Jung III. The collections are exhaustive and could be classified as Indian Art, European Art, Art of the Middle East, Far Eastern Art and a section for children.

The collections include antiques from various parts of the world. Indian sculptures, bronze statues, Persian carpets, Chinese porcelain, jade carvings, woodcarvings and many more. This museum has the distinction of having the largest personal collection in the world. 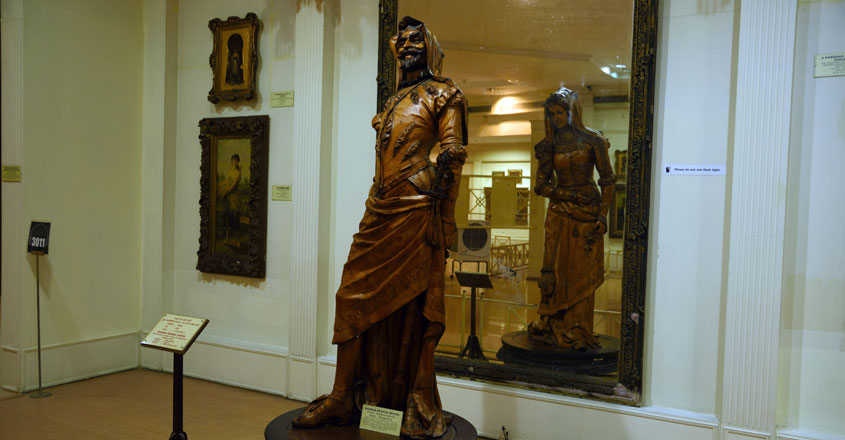 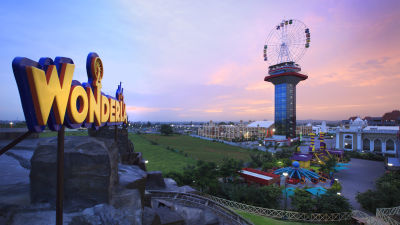 The loudest, craziest, and the most amazing part of town. This simply is not just an amusement park in Hyderabad, but a world of breath-taking charm. It’s a place to celebrate the smaller moments and share big wonders.

Get on one of the 40+ exhilarating rides, or simply laze by the pool under the bright sun. But whatever you do, here, everybody gets a little closer. And that is why we are the best Amusement Park in Hyderabad.